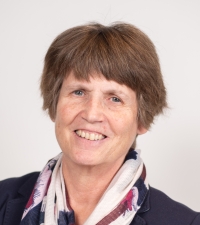 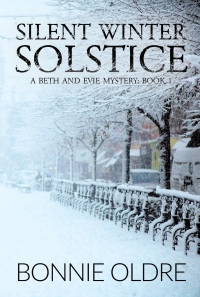 Nothing speaks of murder and mystery more than a body discovered and then gone missing. Library assistant Beth Williams faces a special conundrum when this happens to her in Silent Winter Solstice, a cozy historical mystery set in a small town in Northwestern Minnesota in the late 1960s.

It is a few days before Christmas when Beth makes her discovery. Apollo 8 is on course for the moon, and anything seems possible. Beth has just broken up with Ernie, after realizing she doesn't want to be a doctor's wife after all, and is now living independently from her parents for the first time.

As the Apollo 8 landing creates attention and excitement, Beth struggles with her own special conundrums, which nicely juxtaposes with the cozy family atmosphere that Bonnie Oldre cultivates: "Soon, her mind wandered from the picture on the TV screen to wonder about Crystal. Had she been imagining things? Was she still alive, out there, somewhere? Beth didn’t believe it but, if she was, would she go back to living with Allen in that sleazy whorehouse? The poor girl...Beth tuned back in as the voice of one of the astronauts described the moon as “foreboding…stark…unappetizing.” He sounds homesick for Earth, she thought. I bet he wonders if he’ll ever get home again. She glanced around her, appreciating the cozy family scene. As the half-hour program neared its end, the three astronauts took turns reading from the book of Genesis in the Bible. Beth leaned over and tapped her father’s foot to wake him. He wouldn’t want to miss this."

This atmospheric detail is part of what makes Silent Winter Solstice especially appealing. Under the snowy layers of a December family setting lays the threat of a murder and a perp who enters Beth's life to track her movements and alter her perceptions.

As she and best friend Evie Hanson pursue the truth, books, libraries, and small town and family interests alike converge on the holidays to introduce a special flavor of murder and mystery to everyone's lives.

Oldre excels in juxtaposing the atmosphere of the late 1960s and changing times with Beth's observations of home and community. Silent Winter Solstice exemplifies the fundamental roots of a cozy mystery, integrating intrigue with community and individual interests.

Readers who look for holiday spirits, 1960s atmosphere and concerns, and mystery wound into a small town's developments and community will relish Silent Winter Solstice's ability to bring all to life, with a healthy dash of suspense added for just the right touch.